A Story of Hunting and Hiring Uni(cro)ns: Bringing Michael Aagaard to Unbounce

I love wordplay jokes so you’re just going to have to sit back and suck up the misspelling in the title. It’s been on my mind for a while now.

Despite its popularity, CRO, or Conversion Rate Optimization if you happen to be a Croatian national squinting your eyes asking WTF I’m talking about, is actually quite a fledgling discipline.

Many folks – yours truly included – have been doing related things like usability testing for more than a decade now, but it’s often been a case of before-and-after problem solving – observe a pain point, make a fix, and release it. 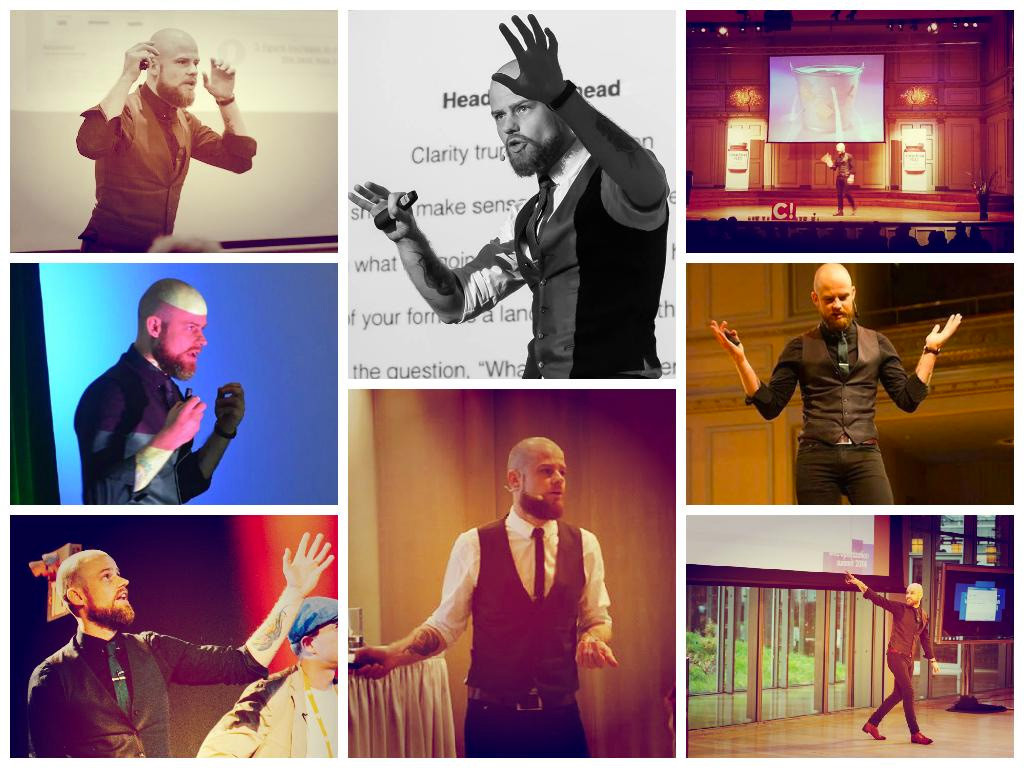 I repeat. Where was the measurement?

Measurement was difficult, the analytics were complicated, full-funnel analysis was rare. It still is.

But in our new age of data-informed marketing & business optimization, it’s essential.

ESPECIALLY WHEN YOUR COMPANY’S EFFING DOMAIN NAME IS UNBOUNCE.COM

We have a responsibility as leaders in the marketing and CRO world – as a tool, a platform, as writers, as speakers, as thought leaders – to be in a position to inform others about what they should, and shouldn’t be doing with their websites, their landing pages, and ultimately their businesses.

That’s where CRO comes in.

CRO is an obsessive adherence to data-driven copywriting, design, interaction and psychology.

Something I call The Four Corners of Conversion.

I take this shit seriously.

As far as optimization at Unbounce, for the longest time it was largely me – and my disorganized processes – doing the work. And I was only ever able to dedicate about 20% of my time to it, even less now. Gia and I did our best for a while, but the truth is we weren’t doing it often enough, and we weren’t doing it with enough precision to be effective and impactful.

Then the quest for a full time CRO began. In earnest. << Really? That word says ear nest. A nest of ears. How can that be correct? It should be ernest. #tiredoffixingtheworld #TIA

We had a job posting up FOREVURRRRRRRR. But the only people applying seemed to be folks from Pfake Pfizer with Pfake boner drugs for sale. Pfor Pfuck’s Pfsake.

Hiring a CRO is a lot like trying to hunt unicorns without a magical bow and without any magical arrows.

Then we finally got a lead.

During Call to Action Conference, Michael Aagaard, Rick and I started having a few loose chats about what it would be like for Michael to work at Unbounce.

Michael Aagaard, for those unfamiliar, has had a close tie to Unbounce for several years. He’s written no less than 17 guest blog posts for us, done a webinar, appeared on Page Fights, and was in the landing page smackdown at CTA Conf. But he lives in Denmark. The one in Europe.

It didn’t feel very realistic to be honest, especially when you consider the immigration delays we’d already experienced.

There aren’t many companies where there are two marketing experts (at this point thinking Michael & I) who speak internationally, on the same type of topic, who are consistently in the top 3 speakers at EVERY event (that’s currently the truth).

I didn’t really think Michael would come and work at Unbounce.

I did already have a sense that we’d become great friends. (Pictured here with Peep at Conversion Conference in Berlin). Seriously. Look at the love in those eyes. 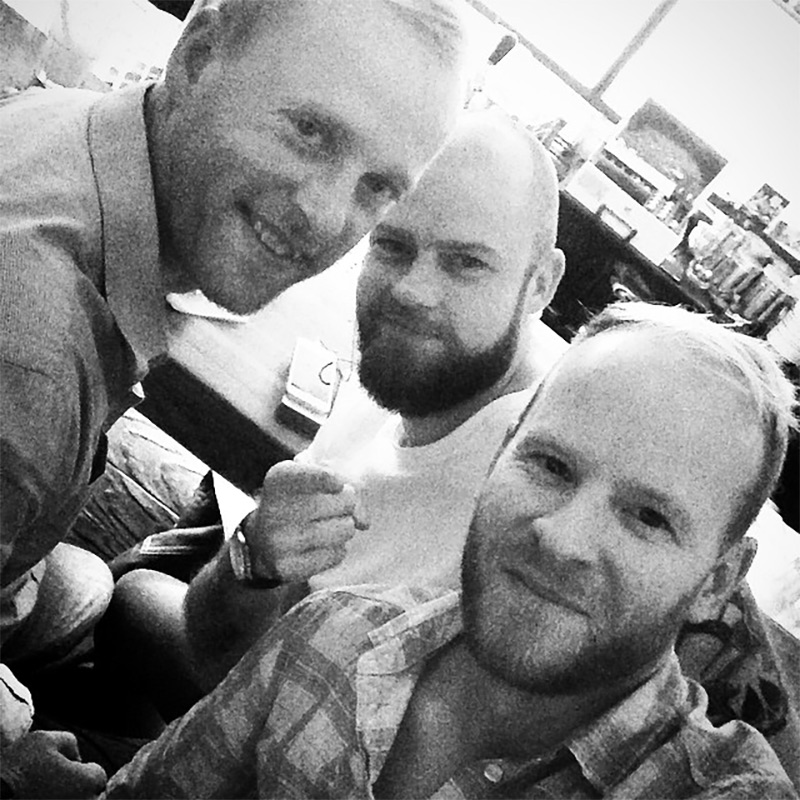 I remember coming off stage (the floor actually as there was no stage) at Conversion Conference in London, October 29th, 2014.

Michael stood up as I walked to the back of the room. He turned his laptop to show me an email he’d received. His eyes were alive! It was the Unbounce letter of employment. We high fived, then grabbed Peep Laja and Craig Sullivan and went to the pub to celebrate.

Then our immigration lawyers shat the bed.

I could spend a year and a half bitching about how much they screwed up the hiring process. But in short, they kept Michael waiting, and wondering for 6 months longer than they should have. Waiting with his fiancée to uproot their lives and move to a different continent. Nuff said. Push the negative to the past.

We were in NYC for the first leg of the Unbounce Conversion road Trip. Michael was part of the tour and we met up for drinks as soon as we got into town. There was a slight hiccup cos he’d lost his passport en route meaning he’d miss the Toronto show, but none of that matters.

None of that matters because Michael has GAS.

GAS. Or G.A.S. is the unofficial 7th core value here at Unbounce. A value that underscores everything else we believe in. It stands for Giving A Shit. And if you give a shit, then that’s pretty much all that matters.

Michael flashed his elbow at me. And I lost my shit. You’ll see why in a moment.

Michael, like me, obsesses over perfecting his craft – becoming an exceptional public speaker. So we went to my hotel room (clear your minds people), and I shit you not, we practiced our talks in front of each other til 6am.

We took this selfie to commemorate not only a splendid night of practicing being perfect, but also … 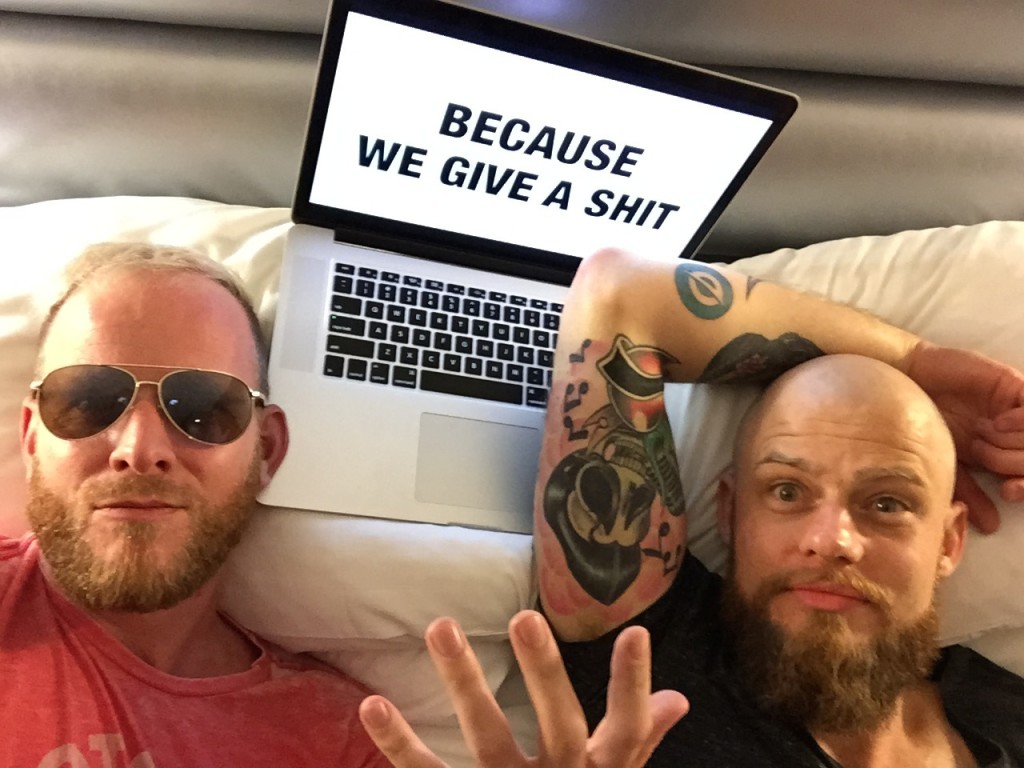 Back to Michael’s elbow.

Are you kidding me? As soon as Michael received his 2 year work permit for Canada, he went to his local tattoo artist and got the Unbounce logo tattooed on his arm.

I couldn’t possibly be happier.

Please everybody welcome Mr. Michael L. Aagaard to Unbounce. It’s going to be awesome and I’m so stoked to get to work with you and speak around the world as we share our passion to help people do better marketing. 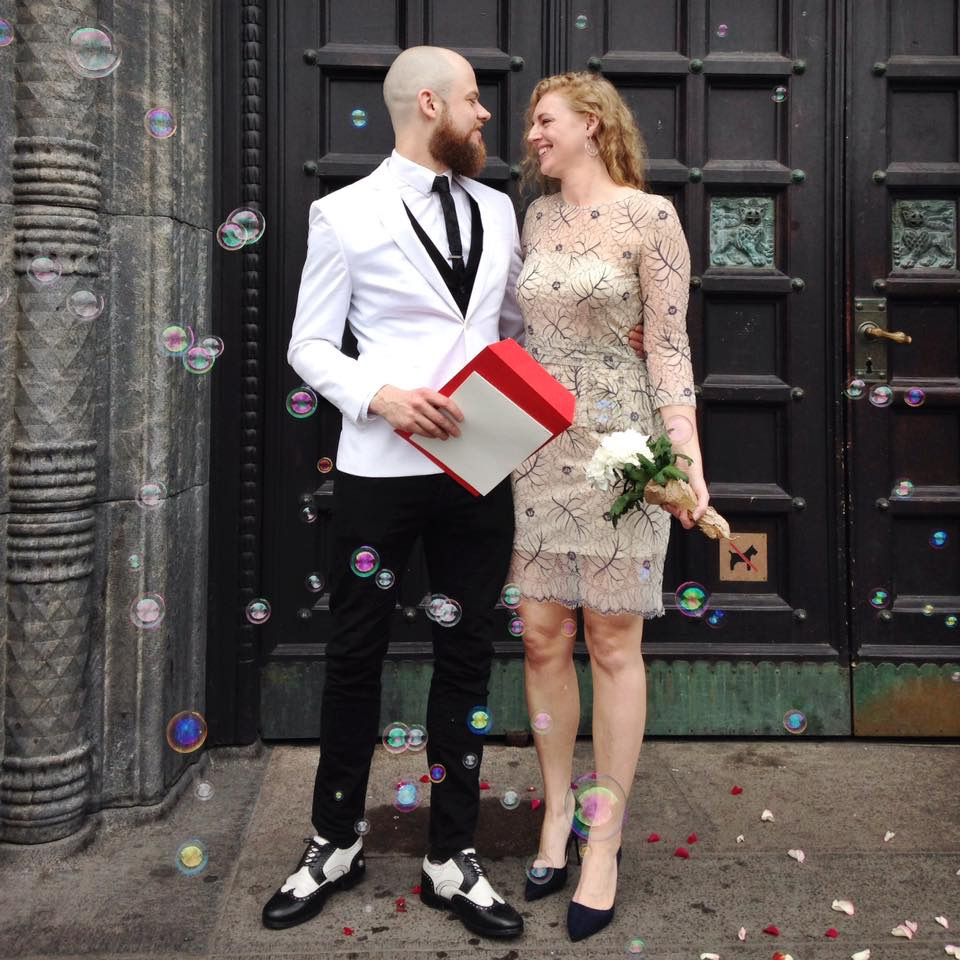