Our curvy road to Clojure 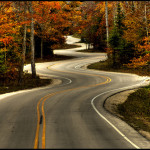 The Clojure language is spreading like wildfire at Unbounce. We just had three people attending Clojure West and being indoctrinated with the latest and greatest news about this language and its ecosystem. So we’re very serious about it! But this commitment didn’t happen overnight: it took us a while and some experiments (at times painful) to come to the conclusion that Clojure was the right tool for us.

Historically Unbounce started as a Ruby and Java shop, but it would be a mistake to reduce us to these two languages. We are all polyglot programmers at heart, and very curious ones on top that! Though there are some benefits in having two heterogeneous platforms and environments (like for example from a security standpoint), it also has drawbacks: when nothing can be shared between platforms, everything has to be done twice in two different ways, and this from coding to deployment. 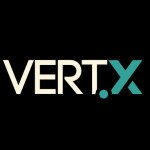 So we’ve been looking for ways to reduce this divide and increase collaboration and sharing across our teams. To that end, we’ve explored using Vert.x as a common platform, since it is a polyglot platform on the JVM, with many language bindings (including Ruby). The module system of Vert.x 2 was particularly attracting to us, as it allows composing applications from multiple independent modules written in any languages and communicating with each other via an event bus (thus low coupling). Vert.x clean model for worker components was also very attractive to us, as it solves one of the common headaches with Ruby applications. Finally the fact that Vert.x has all its networking built on top of Netty was also a major decision point for us, since we had a great experience building our new Page Server on this solid library.

Unfortunately, after months of efforts (leading to one application in production and several in development), this approach didn’t work out for us and failed to deliver what we were expecting from it. Let me make it very clear that this was not a Vert.x issue per se, but more a problem with its ancillary tools:

At this point, we were still very keen on using Vert.x so we’ve started to investigate other languages it supports, trying to find one that could appeal to both our Ruby and Java developers. Initially we thought that Scala was the most promising language because of its dual nature (object oriented and functional): our Ruby and Java developers would not have to give up on objects while gaining the benefits of functional programming. 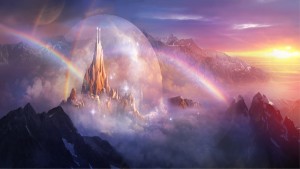 But then something happened, something as beautiful as a celestial shower of rainbow-coloured parenthesis: our Rubyists expressed a strong interest in Clojure.

It was a surprise: letting go of objects was an option? But what a great surprise! Indeed, Clojure bindings for Vert.x are excellent. So we tried porting a Vert.x Ruby application to its Clojure equivalent and the results were great: much less code, a cleaner application structure and significantly improved performances.

But then something else happened. In the process of migrating to Clojure on Vert.x, we realized the following:

Therefore, we ended up taking the drastic decision of letting go of Vert.x while keeping Clojure. For us, the wins with Clojure are plenty:

So were does all this leave us? In a pretty great position, considering:

Our road to Clojure was curvy but, in hindsight, we couldn’t have come to this ending without having first given our best shot at a polyglot platform. The reality of unified polyglot development is that it’s hard because programming involves way more than just a language: build tools, libraries, application design and architecture are hard, if not impossible, to harmonize. Picking up a single language and its ecosystem is a more pragmatic approach, and the one that will lead to the best development experience.

We’ve recently set afoot our initiative towards a microservice architecture. Though it won’t be the only tool in our toolbox, Clojure play a prominent role at Unbounce in this effort to rebuild our infrastructure in a more modular and less coupled fashion.